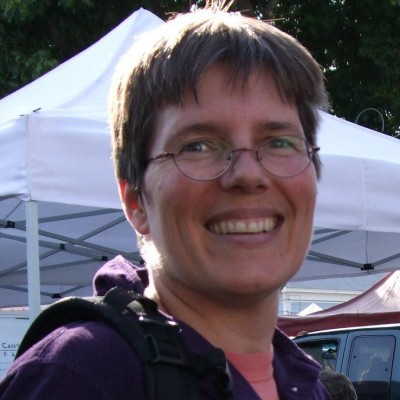 Susi is an action researcher whose work focuses on the societal impacts of, and responses to, climate change, and on how to communicate global warming in a way that facilitates the necessary social changes. Since leaving academia proper, she has been working as an independent researcher with states, communities, federal agencies, philanthropic organizations, NGOs and universities on projects related to adaptation to climate change, resilience, effective climate change communication and public engagement. She has addressed these issues in the coastal, forest, public health, conservation and urban context, where she applies Donella Meadow’s leverage points concept and other systems thinking to her work.

Susi’s work on communication for social change, climate change adaptation, and the interaction between science and policy continues to be deeply inspired by the truth-telling, courageous, and heart-filled modeling of Donella Meadows. She is trying to follow in those footsteps. Through the Fellows network, Susi worked with Shanna Ratner on a project exploring the factors that make rural communities more resilient in the face of stress and change.  She is currently working with Beth Sawin on a UN project related to systems analysis of climate-related disaster.

Since 2009, Susi has been leading her own independent research and consulting company, working with NGOs, local communities and state and federal agencies to help them better understand and address the challenge of climate change adaptation and resilience. She feels that Donella would be proud, as she draws frequently on her visioning and leverage point approaches for effecting change in complex systems. Susi also trains government staff and policy-makers in effective communication of climate change. She currently serves on a federal advisory committee to the USA government in support of the next National Climate Assessment.

In 2012, Susi contributed a chapter, Getting Real About It: Meeting the Psychological and Social Demands of a World in Distress, to Environmental Leadership: A Reference Handbook, Sage Publications, Inc.

In 2007, she co-edited and contributed to Creating a Climate for Change: Communicating Climate Change and Facilitating Social Change, published by Cambridge University Press.

A talk on hope, given at the New England Adaptation Forum, Spring 2018.
http://www.communityresilience-center.org/conferences/local-solutions-conference-2018/keynotes-plenaries/#Moser

Susi was one of several scientists interviewed in the video In Harm’s Way, which accompanies the IPCC’s Special Report on Managing the Risks of Extreme Events and Disasters to Advance Climate Change Adaptation, November 2011: