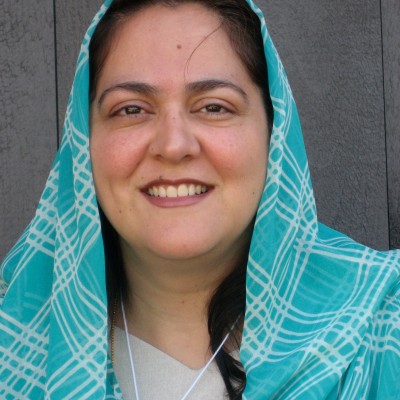 Through Serendip Productions – the media and communications company she founded with her husband – Huma has created hundreds of documentaries on all issues of development and poverty alleviation, including frontline flood impacts in Pakistan. In the last two years alone, some 7 million people have lost their homes, property, and livelihoods. Others that were less fortunate lost their lives.

Huma’s documentaries, a selection of which are below, have been screened at numerous international film festivals and have won awards from the British Medical Association in the United Kingdom to the Sony Awards in Japan. For her services in media she was awarded the “Champion of Reform” in her home country. She is also the Vice President of Adventure Foundation Pakistan and the Media Director for National Paralympics Committee – Pakistan.

In 2010, Huma was tapped to become the Executive Director of the Imran Khan Foundation, founded by internationally acclaimed cricketer turned humanitarian and now politician, Imran Khan.  The Imran Khan Foundation has delivered aid to those in need.  Huma is not satisfied, however, with offering flood victims handouts only. The support that she has directed comes mostly in the form of capacity building efforts and initiatives to improve the education and health systems, as well as rural livelihoods for youth and women. She focuses on setting up localized provincial networks of service delivery in a country where much has been devastated. The Foundation distributed wheat seeds to 150,000 acres of land and launched a village development plan with aims to build 100 villages in the first phase with schools, health units, skill development centers, etc. The Foundation invests in local human resources through training and links with livelihoods.

Huma is now back at Serendip and focusing on establishing Pakistan’s first sustainability development channel to create a permanent platform for all issues related to personal and societal development in relation to the new global challenges that communities face today.

Attending the annual Fellows workshops in 2010 and 2011, Huma views these as essential to her work, a time and place to re-ground herself in our leadership skills and re-connect with a supportive network of people with whom she can – in contrast with her colleagues in Pakistan – share her personal and professional challenges as well as visions for the future.

Huma produced this film while Managing Director of the Imran Khan Foundation. It is an update on the work that the Foundation has done through November in response to the floods in Pakistan.

As the plains of the Indus flooded, millions were forced to leave their homes and take refuge in the world’s largest necropolis Makli hills. This film is about their plight.

This is a video of Huma’s on-the-ground flood relief efforts in Pakistan. The video includes great examples of systems analysis, calling for long term development that focuses on education, healthcare, and engaging the younger generations.