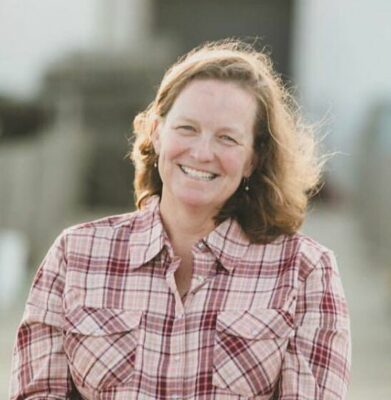 Sally McGee works for the Nature Conservancy where she is the project manager for the Shellfish Growers Climate Coalition, a growing partnership of 140+ shellfish businesses all committed to taking action to address climate change. Sally is also the Conservancy’s Northeast Marine Program Director in the U.S., where her work focuses on marine spatial planning, renewable energy, and wild harvest fisheries. Sally received her bachelor’s degree in economics from Smith College and her master’s degree in marine affairs from the University of Rhode Island. She holds a 100-ton US Coast Guard license that she has used in the North Atlantic, Caribbean, and North and South Pacific oceans. Sally recently sold her business, Sixpenny Oysters, a shellfish farm based in Noank, Connecticut. Previously, Sally was a voting member of the New England Fishery Management Council, which governs fisheries out to 200 miles offshore. She also worked for several years in the U.S. House of Representatives on natural resource and agriculture issues.