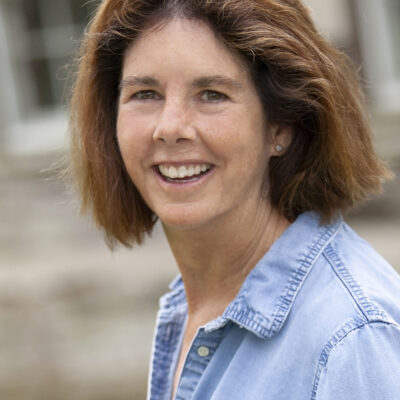 “Starting in 1985, I was one of the first to raise and market beef raised without antibiotics or growth hormones,” Freeman says. “Yet I realized that farming better, and then plugging sustainable farming into the industrial food system, with its vast distribution channels, excessive food miles, and global production model, doesn’t achieve the environmental goals I seek.”

By the mid 2000’s, agriculturalist Freeman developed a systems-based approach to the climate crisis, turning to regenerative agriculture methods to sequester carbon. “Agricultural land is the last great carbon sink. Rather than keeping carbon in the ground, where it belongs and where it benefits plant growth, industrial agriculture has depleted the soil’s carbon stocks,” she says. “Not only can we reverse this, but we can add and sequester carbon fairly rapidly, with different management strategies.”

Hitching improved farming on to the global food system, particularly with fruits, vegetables and meats, doesn’t achieve the aim of a reduced carbon footprint, however. “At Laura’s Lean Beef Company, we were running refrigerated trucks all over the United States and into Canada,” she says. “This won’t work if your goal is to mitigate climate change.”

Freeman has learned much from the past. She  recently has opened Wildcat Willy’s, a farm-to-table restaurant, bakery and distillery in near-by Winchester, Kentucky, and is in the process of restoring a second downtown building for staff offices and apartments. The new venture brings people downtown to work and live. Freeman is passionate about the garden space she carved out of an old parking lot behind the distillery, too.

An accomplished equestrian, in 2005 Freeman took a horseback fall that changed her life. It took her years to recover, and she considers this her greatest personal accomplishment. CBD from hemp was central to her comeback.

Happily married and now a grandmother, she is concerned about the future and is proud that her daughter, granddaughter and grandson are climate activists.

Freeman was a founding member of the Community Farm Alliance, and traveled to Europe, countries of the former Soviet Union, and Central and South American through agricultural programs funded by the Kellogg Foundation. In 2008 she was elected to the Bluegrass Business Hall of Fame.

She has served on the administrative council (the governing body) of the Southern Sustainable Agriculture Research and Education program, is a fellow of the Donella Meadows Institute, and is a member of the Policy Committee of the Organic Farmer’s Association.