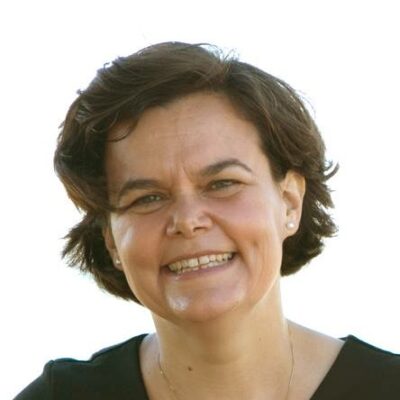 Dana founded Confluence Philanthropy in 2009. Confluence is a membership based investor network of over 200 foundations, family offices, and investment firms representing $3.5 trillion in assets under management. Dana launched Confluence after serving as the executive director of the Environmental Grantmakers Association (EGA).  While at EGA, Dana provided networking services to hundreds of grantmaking organizations from across North America and Europe. As director, Dana worked with the Rockefeller Family Fund, and led a then 20-year old EGA into an independent 501c3 organization. From 2009-2011 Dana served as the Program Director and Board Advisor at The Swift Foundation while launching Confluence Philanthropy.

Prior to Philanthropy, Dana founded Literacy for Environmental Justice (LEJ), an environmental education and youth empowerment organization for at risk youth. While there, she acted as a lead organizer in the closure of San Francisco’s infamous Hunters Point Power Plant; raising funds to supplant it with the region’s first off-the-grid educational Eco Center. The project later won the EPA’s National Environmental Justice Award for innovation.

She has been a fellow at the Donnella Meadows Leaders Fellowship Program in Systems Theory and the California Women’s Foundation Policy Institute. In addition to her roles as a leading activist and CEO in the U.S., Dana has spent nearly 30 years among the Samburu (Maasai) in northern Kenya; and more briefly, the Cheyenne River Lakota; and Roma refugees in Europe. In 2019, Dana serves as a co-founder to The Maasai Fund-Osotua, the first Maasai-led philanthropy. Osotua will ensure the survival of the Maasai people in the face of climate change.

Selected Publications
Dana contributed to the anthology titled Ecological Literacy: Educating Our Children for a Sustainable World in 2005.