A New Era for Philanthropy in the Global South

Homeeconomically weakerA New Era for Philanthropy in the Global South 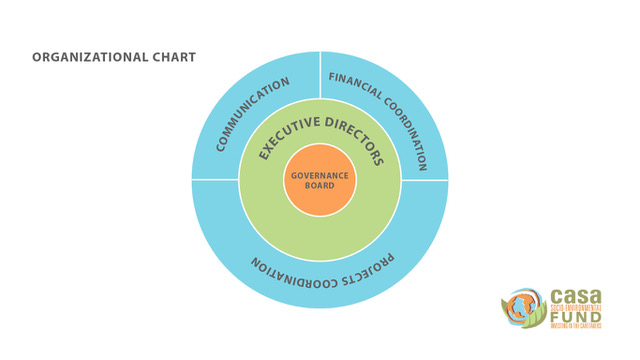 If you are a social actor from the Global South, you may have already asked yourself if conventional philanthropy isn’t possibly missing the beat of changes in our societies.   While the field has undoubtedly been key to helping develop important elements of the social movements in our region, some fixed habits and established procedures seem not to follow the new times, and continue to leave us out of the decisions on how funding is allocated in our countries.  Philanthropic publications and networks have consistently urged philanthropy to acknowledge that our work can be more effective, resources better and more cost-effectively used, if local groups and communities have a say in how they are spent.  Many articles urge Northern funders  to become more participatory and inclusive in their procedures, to involve, consult and listen to the vulnerable and excluded  communities they aspire to support.  But, with the best of intentions, how much can a structure based in the Northern hemisphere do, when it  is not part of the societies and systems it is hoping to improve?

For many years before developing the Casa Fund structure and systems of grantmaking, this was our main question: why don’t resources reach the most excluded and vulnerable communities in the vast and biodiversity-rich biomes and ecosystems of the world?  People of under-privileged  communities everywhere, in rural areas or urban peripheries, in the remote mountains, deserts, forests or wetlands, are entirely excluded from the benefits of philanthropy, because they are just too hard to reach, and pretty much invisible to conventional funders. Even when some funders reach some of them  — at most  a handful of groups —  it isn’t in a completely systemic way that can really affect local realities in a broad sense.  In essence, community-based groups in remote regions are left out. They don’t know our field exists, so they are unable to ask for support.

With these considerations in mind, Casa Fund set out to create another way of distributing resources that uses a reverse logic from most structures.  We asked ourselves two questions: (1) what needs to be done?, and only then, (2) what is the disbursement mechanism necessary to respond to the actual needs of these territories?

An important characteristic is that we, the founders of Casa Fund, are all actors in the socio-environmental field of South America —and the term socio-environmental is key here!  We have always believed that people need to be full participants in the solutions to restoring, preserving and protecting life on earth.  There are important integral biomes like forests and wetlands to be protected, but in truth, wherever people live, there are ways to act more responsibly — like improving food production methods, restoring soil and fresh water, protecting the oceans, improving life in the cities, and so on.

And being local actors, the last thing we wanted was for other social actors to see us as ‘the money holders’, the ‘gatekeepers’ to financial resources.  So we needed to figure out a system that put the real importance elsewhere, not on the holders of cash, but in a system that recognized the true power is in the actions of people. Besides that, we needed everyone to know that there would be no gatekeepers at all, no one with power over the money — that distribution would be so transparent and objective that anyone could reach it when they were ready, with a system, of course, but a clear and accessible one.

Based on these principles, the Casa Fund started building upon the relationships we already had, and then more.  For over 15+ years, we have developed  a vast web of trust networks, made up of thousands of people, and their relationships, and on from there.  Between our over 2000 grantees in 9 countries, plus the dozens of thematic and territory-focused networks, we have tapped into an incredibly rich source of wisdom and guidance.  And we have developed a truly horizontal granting mechanism that avoids any individual or group having the power over how the money we raise is distributed.

Basically this is how it works:

Over the years, our funding partners have been growing in numbers and amount of funds committed.  This year we will be donating almost US$5 million, a record for us.  And we have also helped independent local socio-environmental funds to get started in seven other countries so far- Argentina, Paraguay, Bolivia, Colombia, Peru, Ecuador and Mozambique. All of them are local actors, who have dedicated their lives to their causes, who understand and share our philosophy of open-source social technology of grant-making — which we are making  available to anyone interested anywhere in the Global South, East, West … and North, for that matter.